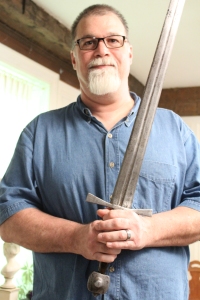 I have been a bladesmith since 2002.  I focus on making european migration, Viking and medieval weapons.  I do at times delve into the weapons of other eras and cultures.  I take a limited number of custom orders each year. If you are interested in commissioning a custom piece, contact me via email, and we can discuss your proposal.

I can be contacted at eric@crownforge.net or ericmycue374@comcast.net. You can also like me on Facebook at Crown Forge where I frequently make updates about work in process and new items that are available.

In 1987, I joined the USAF. I completed aircrew training at Castle AFB, CA and spent the next 5 years as an Inflight Refueling Technician (Boom Operator) on KC-135’s. I left the AF in 1993 to attend college.

After completing my undergraduate degree, I began working with my wife, Sue, at an inner-city non-profit organization which provided assistance to low income families on the near Eastside of Indianapolis, IN. It was during this time, I began making knives, tools and scabbards as a hobby. It was also during this time that I met Howard and Amy Waddell the owners of Albion Armorers. In 2002, I made the decision to leave inner-city work, and work with Howard and Amy to establish Albion Armorers as a leading sword manufacturer.

I hired on as an artisan, but was soon promoted to Head Cutler. The decision was made to start the famed “Next Generation” line of swords which utilized Peter Johnsson’s designs and research. I had the privilege to work side-by-side with Peter to bring these swords to life.  I then began making my own custom weapons and art in a small forge with a business partner at a nearby shop. I incorporated much of what I learned from Peter into my own custom art. 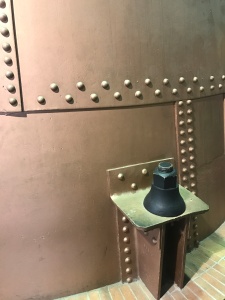 When the economy went into recession, I made the decision to work for the Union Boilermakers in NW Indiana as a welder and high rigger. I gained valuable rigging experience working on large pressure vessels, boilers, basic oxygen furnaces, blast furnaces, CAT crackers as well as electrostatic precipitators, and other environmental controls.  I mastered advanced welding and metalworking techniques that I utilize in my current custom work. 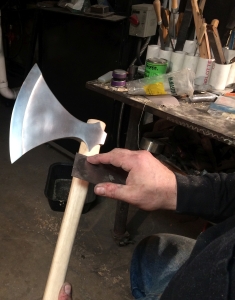 Recently, I made the decision to put my boilermaking career on hold to once again pursue being a fulltime artist.  In addition to being a fulltime artist, I have rejoined the Albion team as the VP of Research and Development.  My work is mainly focused on fabricating and maintaining Albion’s heat-treat equipment and bringing new designs to market.